“I’m so glad I live in a world where there are Octobers.” – L.M. Montgomery

October is truly my favorite therapy month. I love all things fall and Halloween – especially pumpkins! I don’t drink pumpkin spice lattes, but I do eat pumpkin spice donuts and read pumpkin themed books! Today, I’m rounding up some fun read alouds that you can use this fall or Halloween in your therapy sessions! 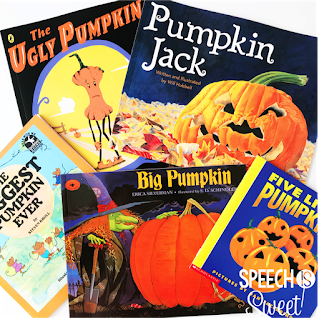 The Biggest Pumpkin Ever by Steven Kroll
This isn’t the first time I’ve featured Desmond and Clayton (two of my favorite mice!) on my blog…. and it probably won’t be the last! haha.. I do love this little book series. This time around, they fall in love with the exact same pumpkin! During the day, Clayton waters the pumpkin and Desmond does the same thing at night. They have no idea that they’re each watering and fertilizing the same pumpkin. Eventually it becomes enormous! This book is great to target:
– Comparatives/Superlatives – big, bigger, biggest
– How Questions – How to take care of a pumpkin? How to carve a pumpkin?
– Compare/Contrast – Desmond is a field mouse and Clayton is a house mouse. These two characters are great to compare/contrast!

Big Pumpkin by Erica Silverman
I just love this story! A witch wants some pumpkin pie, so she plants a pumpkin seed! She waters the plant and it eventually becomes gigantic! It’s so big that she can’t pull it off the vine. Along comes a ghost, who declares that he’s stronger than her and he tries to pull it off the vine. He can’t either! Then a variety of other Halloween creatures stop by and try to help, but to no avail! Finally, with the help of a teeny tiny bat they are able to get the pumpkin off of the vine and make some pie! It’s such a cute story and I love how it’s written in a pattern! You can use this book to target:
– Sequencing – First the ghost came along, then a vampire, etc
– Problem Solving – How did they finally get it off the vine? They had to work together!
– Synonyms – I think it would be fun to have students come up with other words for “big.” You can get some orange post-its and write a different synonym on each one!

Pumpkin Jack by Will Hubbell
This is the sweetest story! Tim names his jack-o’-lantern Jack. After Halloween, he keeps him in his room and watches him glow at night. Eventually, he starts to rot and his mother makes him get rid of it. He doesn’t have the heart to throw him away, so he takes him out to the garden! Over the weeks, he visits Jack… and each time he looks a little different. The seasons change eventually a tiny sprout appears! Tim takes care of the plant and grows pumpkins for his entire neighborhood! This is a great book to address:
– Time Concepts – What happens during each season to Jack? In the winter, he’s covered in snow. In the spring, he’s just a pile of seeds.
– Sequencing – Use this book to talk about the lifecycle of a pumpkin and sequence the steps! It’s a great way to incorporate science into speech!
– Adjectives – This book features tons of rich vocabulary! Fierce smile, silly face, withered leaves, etc

Five Little Pumpkins by Dan Yaccarino
This is a classic book and I love using it in speech therapy! Five little pumpkins are sitting on a gate and one by one they roll down the hill! It’s cute, simple, and memorable! Use this book to work on:
– Rhyming – You can even sing this story with your students! You can work on finding all of the rhyming words.
– Sequencing – Work on the words first, second, third, fourth, and fifth! This is an easy book to use to help students use sequential vocabulary.
– Emotions – I love that the pumpkins have different facial expressions! There are three happy pumpkins, a surprised pumpkin, and a scared pumpkin. The surprised pumpkin says “oh my, it’s getting late” and the scared pumpkin says “there are witches in the air.” I just love those little details! Students can practice different facial expressions and talk about feelings.

The Ugly Pumpkin by Dave Horowitz
Seriously, this is such a sweet story. It’s great for anytime in the fall, as it spans all the way until Thanksgiving! The Ugly Pumpkin is slender and not like everyone else. No one ever picks him, but he does get picked on. He’s sad, because everyone always plays mean tricks on him. Eventually, he seeks solitude in a garden that’s filled with squash. He looks around and discovers that they all look jus like him! He finally fits in and is so happy! All the squash have a Thanksgiving dinner and the Ugly Pumpkin finally has a home. You can target:
– Social Skills – Talk about the things people did to the Ugly Pumpkin and why their behavior is unpleasant. Brainstorm ways to make the Ugly Pumpkin feel happy.
– Compare/Contrast – Compare different pumpkins, they come in all shapes and sizes! You can also compare/contrast Halloween and Thanksgiving.
– Rhyming

Do you have a favorite pumpkin themed book? Comment below and let me know!

Thank you for stopping by! Have a wonderful day! 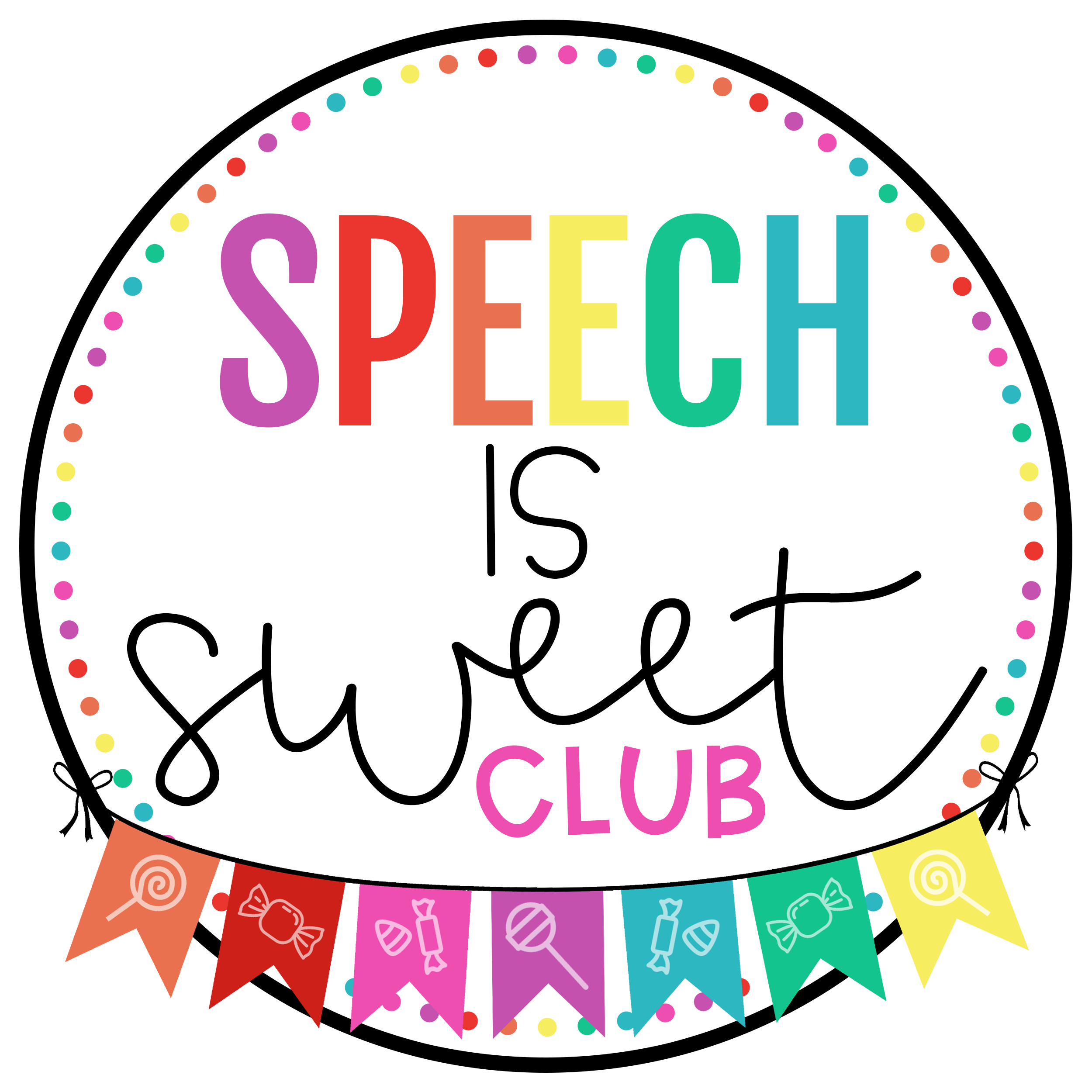